Am486 was a family of 32-bit 4th-generation x86 microprocessors introduced by AMD in 1993. Am486 chips were compatible with Intel's 80486, but offered very equivalent performance for cheaper prices.

Just like AMD's Am386, Am486 was also delayed after expensive and lengthy litigation with Intel. The first models of the Am486 (Am486DX) were finally introduced in April of 1993. The first set of AMD chips were based on Intel's microcode cleanroom implementation. AMD manufactured their first Am486s at their Submicron Development Center (SDC) in Sunnyvale, CA on a 0.7 µm process. Chips were originally restricted to AMD's own foundry as they did not believe their agreement with Intel allowed them to use outside foundry (this became irrelevant later on)[1]. By the end of 1993 AMD revenue of the Am486 reached $250M taking a total of 20% share of the market[2]. By 1995 that share peaked at 40%.

AMD's last models (Am486DX4's) for this family were clocked at up to 120 MHz which gave AMD a significant performance advantage compared to Intel's earliest Pentium chips (which were only clocked at around 60 MHz). The Am486DX4 lower price (compared to Intel's DX4) and socket-comparability ensured strong sale for quite some time after their introduction. 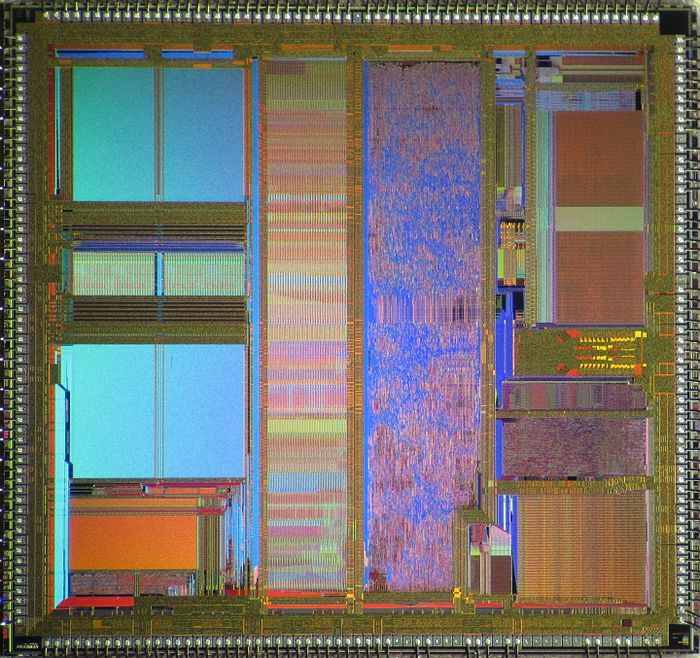 The Am486SX chips are somewhat a crippled version of the 486DX, models that do not include an integrated FPU. Those chips were sold at cheaper prices because of the smaller die (in the case of omitted FPU on-die) or because the FPU was defective and was thus disabled and sold as SX. Nevertheless they became an attractive option for those looking for just a performance upgrade from their older 386.

AMD sold a number of processors geared specifically toward the embedded market. Unlike the Am386 embedded chips, the Am486 versions were identical to their non-embedded SX/DX counterparts. They were only different from AMD's own company-support standpoint. Embedded chips were marked with "E" suffix (e.g. "SE"/"DE"). 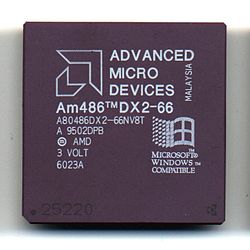 Following the conclusion of an 8-year legal battle with Intel, the results was AMD was allowed to copy and distribute Am286s and Am386s chips. Unfortunately it was also concluded that AMD did not have the copyright for Intel's 80486 microcode. AMD was forced to destroy the older models containing Intel's in-circuit emulation (ICE) microcode. The "ICE microcode" was referred to the control program which was stored in the 386's/486's programmable logic array in the processor. All newer AMD models were marked with an "N" (for "No ICE"). For example the previous model Am486DX4-100V8T became Am486DX4-100NV8T.

In 1996 AMD introduced a number of chips they branded as "Enhanced Am486". Those processors had a number of new power saving features (e.g. SMM and Stop Clock Mode). The additional features found on the enhanced Am486 get disabled if the processor is used in a socket that does not support them, making them backwards-compatible. The new Enhanced Am486s were marked with "S" (for SMM), for example Am486DX2-66SV8B. Note that some later models did not include the "S" even though they were enhanced models.