Am386 was a family of 32-bit 3rd-generation x86 microprocessors introduced by AMD in 1991. Am386 chips were 100%-compatible with Intel's 80386, had better performance, ran cooler, used less power, and introduced a number of new innovative features such as sleep-mode for laptops. This family became a major success for AMD, allowing them become a fully fledged independent developer of x86 microprocessors, as opposed to just a second source manufacturer.

In 1985 Intel introduced its 3rd generation x86 microprocessors, the 80386 family. AMD had a cross-licensing agreement with Intel which began in 1976, extended in 1982, but was terminated in 1987 - an agreement that AMD used to second-source Intel's 8086, 80186, and 80286. AMD's argument was that the '82 contract covered all derivatives of those chips, while Intel claimed the contract only covered the 80286 family and prior. While Intel refused to share their microcode for the 386, AMD used that agreement to obtain it anyway through reverse engineering. AMD started reverse engineering the chip in 1988. The team responsible for the project was headed by Ben Oliver's group in their new 0.8 µm process in Austin, TX. Development took around eighteen months, with a working batch by the end of 1989. Expensive and lengthy litigation with Intel delayed their introduction to the market until 1991, which nullified Intel's attempt at trademarking the generic "386" chip designation. In January 1991[1], AMD demonstrated their Am386DX model and in March they were officially introduced to market.

The final result was a chip that had over 20% better performance, ran cooler, and used less power. AMD started shipping 386 chips in March of 1991. Despite the delay, the 386 was a major success for AMD, ending up selling millions of Am386 chips, emerging as a serious contender to Intel. By the end of 1992, AMD was out-producing Intel with 9.5 million units sold, generating over half a billion dollars, and overtaking Motorola as the world's second largest microprocessor manufacturer[2]. That year AMD accounted for around 60% of all 386s sold[2].

From an architectural point of view, AMD's chips were identical to Intel's 386s - pin-compatible and clock. The chips were capable of running OS/2, MSDOS, Unix, Xenix, and Windows without any compatibility problems. Byte Magazine's own benchmarks of the Am386 in January of 1991 showed the identical-clock models had identical performance. Another unique feature that the Am386 brought about is true sleep mode (standby mode).

AMD's own tests showed their Am386 could successfully support speeds of up to 50 MHz and up to 40 MHz without special cooling. AMD claimed a 40 MHz Am386 will be faster than Intel's 486 clocked at 33 MHz in most real-world applications[3]. While some i486 instructions required less cycles to execute, the majority of instructions were identical to the 386, and thus the 40 MHz would result directly in a circa 20% performance increase. Consequently, AMD sold their 40 MHz chips for significantly less than Intel did with their i486s.

With a fully-static CMOS core, the Am386 could be powered down to less than 1 milliamp. This feature was unique to AMD. Intel later introduced its own sleep mode version with a special i386SL model specifically for low-power sleep mode. Unfortunately this low power dissipation was not possible with Intel's design. Intel's own chips were only capable of going down to 60 mA (and 133 mA for the i386DX models). This alone became a big selling point for AMD for laptops and other mobile devices. The static core gave AMD's chip a few other advantages, such as not requiring a separate static RAM chip to store machine state (e.g. register file) when in maximum saving during sleep mode. In addition to sleep mode, the Am386 was capable of being clocked down to as little as 4 kHz for ultra-low power, slow-speed standby modes. It was not possible to operate Intel's chips under 8 MHz. 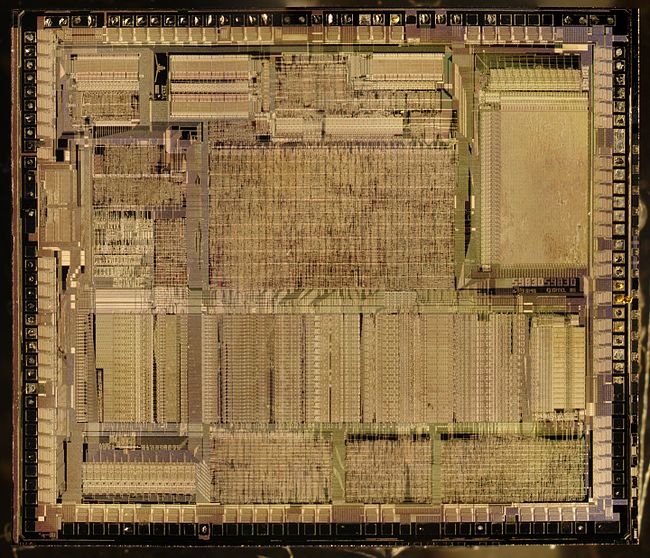