Microprocessors often include cache or other forms of memory, and various other peripherals.

In the broadest sense, the basic functionality of a microprocessor is to continuously read in digital data consisting of instructions and possibly values; execute them by interpreting the instructions and performing a certain operation on the values; and finally outputs a result.

While the basic functionality is shared among all microprocessors, they vary greatly in the type and size of data they handle, the kind of operations they support, how they perform those operations, their intended purpose, and their performance characteristics.

Most microprocessors can be classified as one of the follow:

The technical specifications of microprocessors are derived from the microarchitecture of the incorporated CPU, the semicondcutor technology involved, and the properties of the overall system. Some common specifications are summarized below: 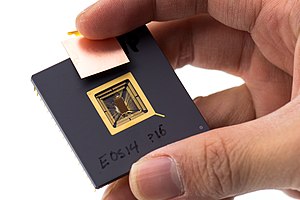